Abele became secretary of the Dairy Division of the Netherlands’ Farmers Organisation. He was director of the Experimental Research Stations for Cattle, Sheep and Horse Husbandry in The Netherlands for 12 years.

He is presently director of the Expertise Centre for Farm Management and Knowledge Transfer of Wageningen University and Research Centre. His expertise fields are farm management and knowledge dissemination. He is active in supporting the development of farm tools.

He was project leader of several EU Twinning projects between European countries. He is one of the editors of three books about cattle husbandry in Central and Eastern Europe. He was recently involved in an EU project ‘Focus Balkans’, which studied food and consumer sciences in the Western Balkan countries.

Presently, Abele is project leader of the “Eastern European initiative” of Wageningen UR studying development steps of dairy farmers in Lithuania, Poland, Slovenia and The Netherlands, and participates in the Life Long Learning project about interactive strategic management and entrepreneurship. He is president of the Cattle Commission of the European Association for Animal Production (EAAP) for 8 years. 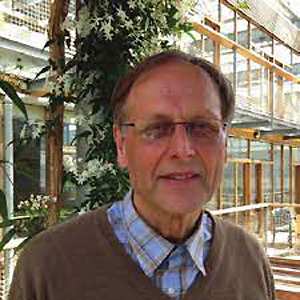