Guido’s extension responsibilities include: income taxation of individuals and business entities, farm business management and the profitable continuation of “family firms” to succeeding generations. Recent focus has been on gaining an understanding of global implications of a shrinking agricultural production world but a growing world of product demand.

Guido has worked in New Zealand getting his hands “dirty” with farm management down under. Additionally, he has visited Australia (his birthplace), the Netherlands (his parent’s birthplace), Canada, Poland, Ireland, Scotland (United Kingdom) and France to attend IFMA Congresses or other agricultural meetings.  Guido also helps manage family farmland in eastern and western Kansas.

Guido van der Hoeven is married; he and his wife, Emily, have four children, a son-in-law, two grandchildren and a daughter-in-law joined the family recently! 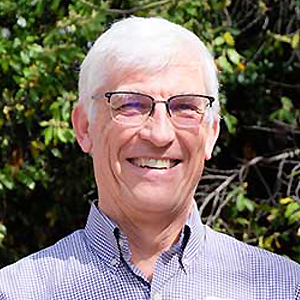